Homosexual pairings, or same sex pairings, is a controversial topic that pops up often of the Awakening board. Due to the marriage feature, topics have appeared from time to time discussing whether same-sex marriages or LGBT relationships should be permitted in games in the series.

Past games have had their share of homosexual characters or at least hinting to such.

A number of players espouse queer readings of Path of Radiance and Radiant Dawn. One character of note is Heather from Radiant Dawn, a woman who very much dislikes men and joins the team to meet all the pretty girls. The Fire Emblem: Radiant Dawn development staff confirmed that Heather was intended as a lesbian character and defended the decision in its Akatsuki no Megami Q & A webpage, wherein a question asking "Why does Heather like girls? Does she hate men? Did she have some kind of trauma in her past regarding men?" was simply answered with the response, "Maybe she was just born that way." [source (Japanese)]. Similarly, many players view main character Ike's lack of female marriage options, only having endings with male characters, and the nature of the bond between Ike and Soren to mean that Ike is exclusively gay. Such readings became the source of vitriolic fan debate on a number of forums.

In Blazing Sword, Legault makes a suspect comment about love towards Heath. Additionally, Lucius and Raven's relationship can be read as a romantic one, a reading also acknowledged in Japanese guide book Fire Emblem: Rekka No Ken No Arukikatta (page 122).

In Sacred Stones, the extent of the friendship between Ephraim and Lyon (and Eirika, but focusing on the former two for this topic) is very much left open to the imagination, and it is not difficult at all to wander in that direction.

Fans favoring the inclusion of LGBT characters, particulary same-sex romance options for the player avatar, argue that choice is critical for game players when games involve self-insertion, and that lack of an option that is so fundamental to many people's sense of personal identity forces players to inhabit a character whom they may have difficulty empathising with, thus inhibiting their enjoyment of the game. Proponents also argue that the inclusion of same-sex romance options is socially important and is a necessary inclusion in societies that are becoming more conscious of LGBT issues and rights. The counter-arguments tend to be that the children mechanic in games such as Awakening necessitate opposite-sex relationships.Also typically mentioned is the lack of same sex marriage in Japan, where the game is made. Another point still is that the addition of such characters run the risk of being poorly written and full of stereotypes, which would then result in the very people complaining about no representation now complaining that they are represented in such a poor manner. There is much, much more to it, but it usually ends up in back and forth arguing that ends up nowhere until the topic is eventually closed.

Nintendo has since announced that same-sex marriage will be an option for certain characters in Fire Emblem: If, which will be released in Western territories as Fire Emblem: Fates. Following the announcement, some players have been satisfied, while others lament that their choices have been limited to having only one male character and one female character as same-sex romance options, feeling that the 'choice' of only having one option is not really a choice at all. Others argue that the inclusion of even a single same-sex romance option is too much, or that players should be satisfied with Nintendo's inclusion of any same-sex marriage options at all. 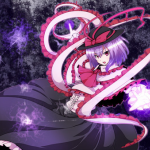 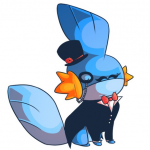 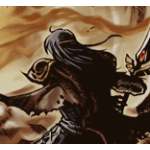 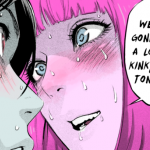 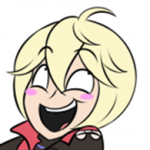